Jade was diagnosed with stage 2X Hodgkin’s lymphoma when she was 21. She went into remission after going through ABVD chemo, then the same regimen without bleomycin (AVD).

Jade also highlights how she got through losing hair after chemo, self-advocacy, and survivorship.

My advice would be take everything a day at a time.

When I was first diagnosed, I would always think about what was coming for the next week and the week after that. I would get so stressed over that and my mind would kind of go crazy thinking about all the appointments.

But once you start thinking about what’s going to happen today, it helps you feel less stressed about everything that’s about to happen.

What were your first symptoms

I only had one: itching on my legs and feet.

Describe the first visit to the doctor

The first time I saw the doctor was a year ago and it was for the itching. I was only showing him my legs to see what was wrong.

In March of this year I saw a dermatologist. She ended up referring me to an oncologist when I got some scans back because there was something showing up.

What tests and scans did you go through

How long did it take to get those results back

I got them the same day.

How did you learn the diagnosis

My doctor called me the day that I had my PET scan. She said there are four places that are lighting up.

That’s how I learned about  my diagnosis.

I had to go in the next week on Monday to do all the testing. At the end of the week I was diagnosed with Hodgkin lymphoma.

Processing news of the diagnosis

I was shocked. At first I was really scared. I remembered I cried a lot, but I was more in denial.

For a few days I didn’t believe it, and it wasn’t until I started chemo that I really realized what was happening. Now I’m fine with it.

How did you break the news to your loved ones

When I got the call, I was with my mom, so she knew when I was talking with the doctor on the phone. I waited until my dad came back from work to tell him and I just said, “It’s Hodgkin lymphoma.”

I texted my friends and asked them if I could meet them very soon. I saw most of them the same day or during the weekend and I told them what was happening. That’s how I told everyone who I’m close to.

»MORE: Breaking the news of a diagnosis to loved ones

How did you decide where to get treatment

I didn’t. When I was referred to the oncologist, I just went to that hospital. I just stayed there because I liked the hospital.

I could’ve been transferred to my city but the transfer of the documents and all takes a bit of time. They preferred having me with them so I stayed there.

Is your hospital a large medical center or a small hospital?

What are some pros/cons of being in a large hospital?

I like it. Compared to the one in my city, it’s a small one and I’ve been there a few times. But the one I’m going to for chemo, it’s nice because you get a lot of staff, especially in oncology. There are tons of nurses and it’s really fast.

I feel like even though it’s a big hospital, everyone knows you and I really like that.

How was your medical team

They’re so sweet, I really like them. I have two oncologists and they’re kind of young so it’s really fun.

My nurses, I see them all the time, and they’re always talking to me because I’m the youngest one there.

I feel like because I’m the youngest, they’re always remembering me and asking me how my treatment is going and if it’s working. They’re really always there for me.

Whose decision was it to do chemotherapy

That’s what the oncologists said. It wasn’t my decision.

I did six cycles of ABVD chemo.

I get my chemo every two weeks on Thursday. The day that I have chemo it’s just a regular day.

The week after, I have my side effects but they’re not that bad. My week ‘off’ I just go on with my life and I hang out with my friends.

I’ve had mouth sores, bone pain, sore throat, and numbness in my fingers once.

The few days after chemo my taste buds are kind of weird – everything tastes sour.

How do you deal with these side effects

My first two treatments, I had mouth sores and I didn’t really know how to deal with them. I talked to my doctor and he prescribed me a mouthwash that really helped.

I also looked online and a lot of people said that they would eat ice during chemo and that would help.

Did you experience hair loss

Yes, I am going through that right now. I have been losing hair for a few weeks but it’s not that bad. I’m probably going to shave it soon because it’s really annoying.

Were you surprised when you lost hair

I was expecting it but yeah I was surprised. I remember I was showering one morning and I was washing my hair. A few hairs came out. I’m not the type of person to lose hair so I was really shocked when it happened.

Do you have wigs

I have two wigs and scarves.

What has been the worst part of your treatment

The worst part I would say would be kind of having to pause your life for six months.

Especially because I am 21 and I’m studying in school. When I was diagnosed, I was doing an internship and I had to stop.

I also had to stop work. Pausing your life for six months really is not fun.

At first I was doing things and now I’m getting really bored. I can’t really go out much. I think that’s the part that sucks the most for me, just not doing anything.

What has helped you deal with this kind of stress

My friends and family really helped me. A lot of my friends are reaching out everyday to see if I can hang out with them. Just go out to walk.

I have my ‘me time’ watching Netflix and reading. That helps, too.

Were there times when you had to advocate for yourself?

How important is it to have caregivers?

Really important. I really couldn’t make it if it wasn’t for them. They’re always there for me and if I ever need to talk I have them.

They’re always there with me at chemo and that really helps because chemo is long and having someone with you is honestly for me a necessity, to have someone just to talk with and spend time with.

It really helps take your mind off what’s happening and the treatments and cancer and all of that.

At first it was hard for my parents but they wouldn’t really talk about it with me, they would mostly talk about it between them. I think it’s hard for them to really see you go through that. They really want to try their best and they always, always check up on you.

Just make sure that they’re feeling positive about this and try to be happy when you’re around them. Of course you can be sad around them but not all the time because I feel like that makes it worse for them.

I have money saved up and I live with my parents so I don’t have a lot of things to spend money on. At first I was fine to stop work because I don’t work a lot of hours a week anyway.

I went to the government in Canada and asked for the medical leave money. You get paid every two weeks for 15 weeks so that helps.

But after that, I’m finishing up in July, and after that I don’t get any money. I think I’ll be fine.

Every time I have chemo, my dad doesn’t work so he can come with me all the time. For my appointments, my mom works during the morning, so she can always come to my appointments.

We asked for my appointment to be in the afternoon so my mom could come with me. They’re always there for that so they can drive because it’s not in my city, it’s an hour away.

My parents are always the ones driving because after chemo you’re not feeling like driving and they’ve been really helpful for that.

At first it was different because that’s all that’s on your mind.

You’re always thinking about it and there’s not a day where you don’t’ think about your cancer. At some point I got kind of used to it and I tried to get on with my life as much as I could.

Right now, I’m in remission and ever since I’ve heard that news I just don’t think that much about cancer anymore. Of course I still have my moments where I think about it and I get sad. I remember I’m in remission. That’s kind of the new normal.

My advice would be kind of take everything a day at a time.

For me, personally, when I was first diagnosed, I would always think about what was coming for the next week and the week after that.

I would get so stressed over that and my mind would kind of go crazy thinking about all the appointments and all of that. But once you start thinking about what’s going to happen today, it helps you feel less stressed about everything that’s about to happen.

Don’t hesitate to ask for anything from your friends and loved ones.

They want to help as much as they can and you don’t need to be shy to ask for anything. 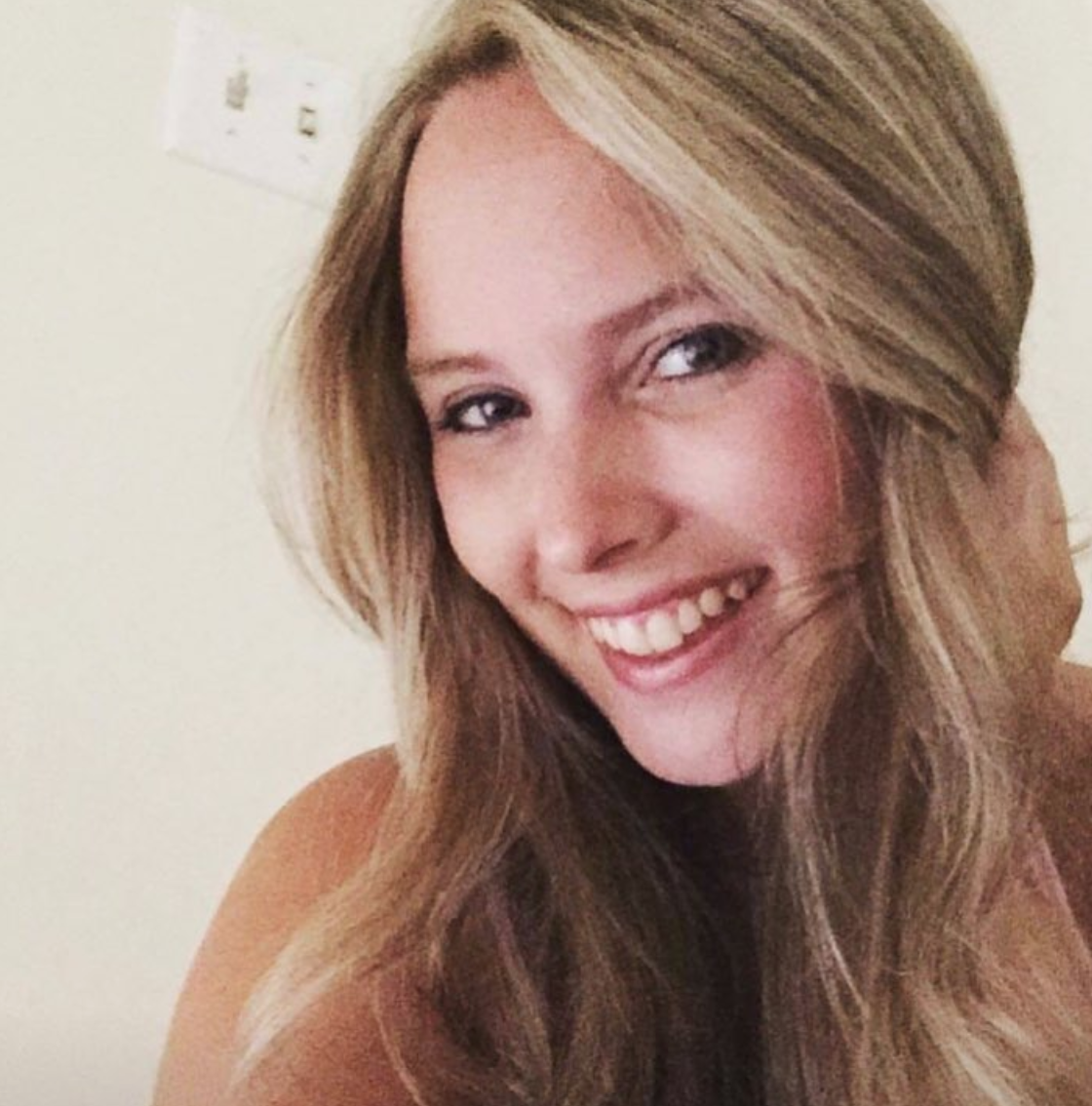 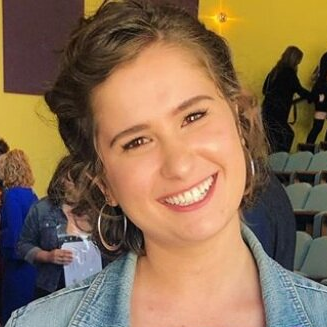 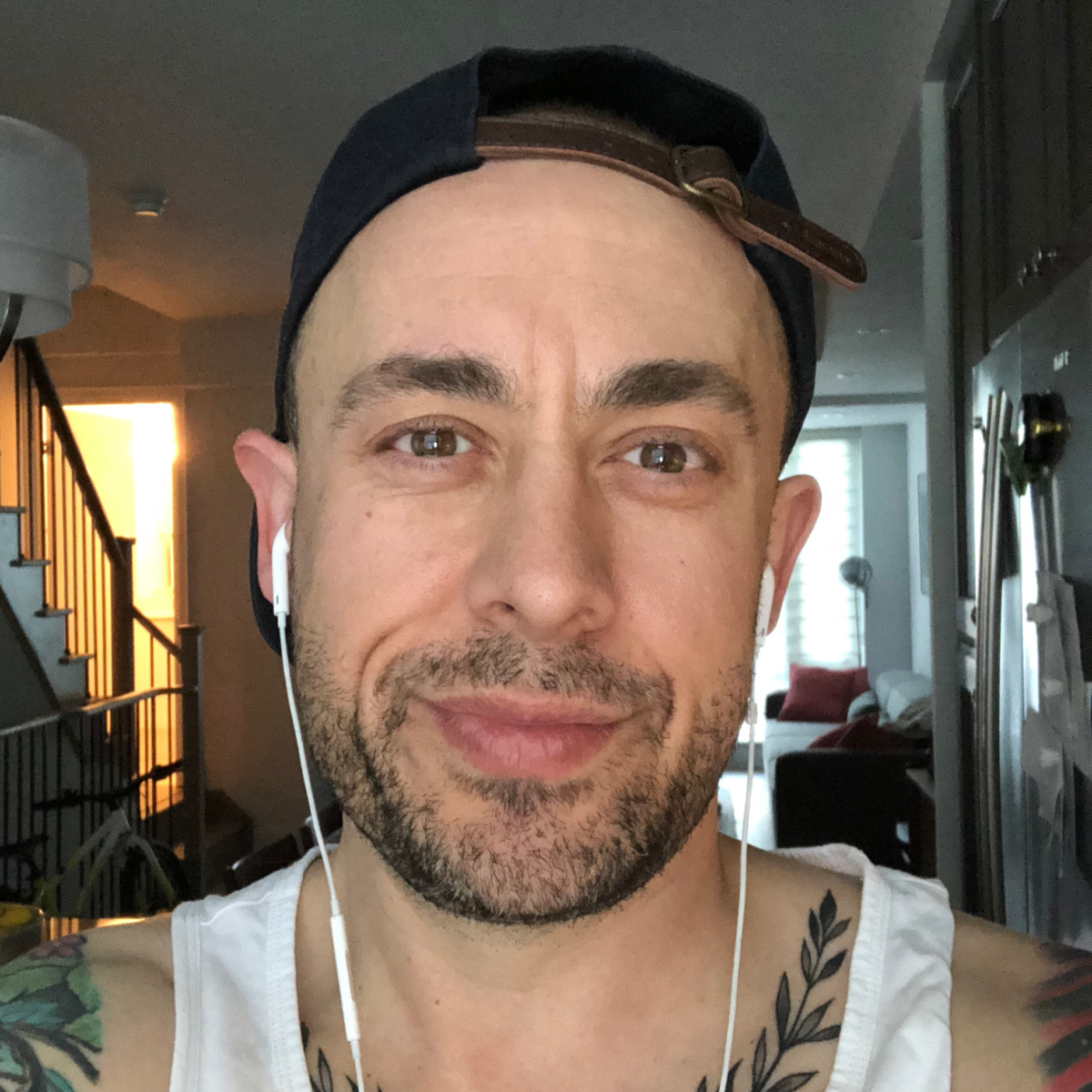 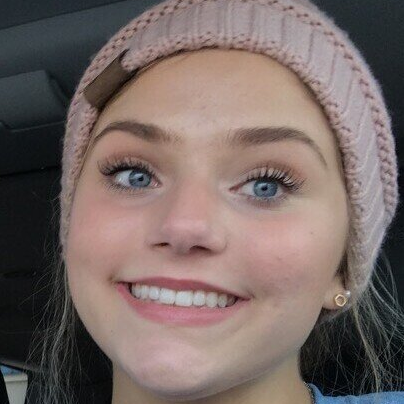 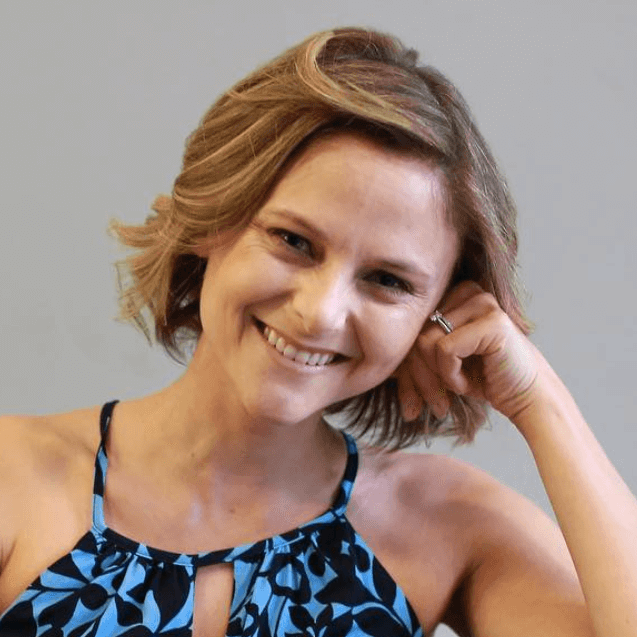 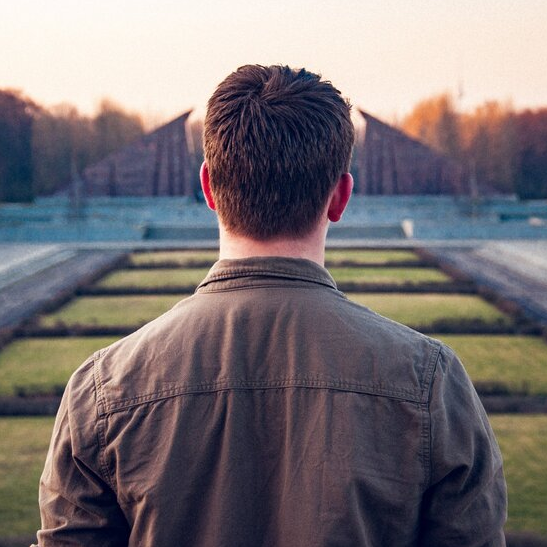 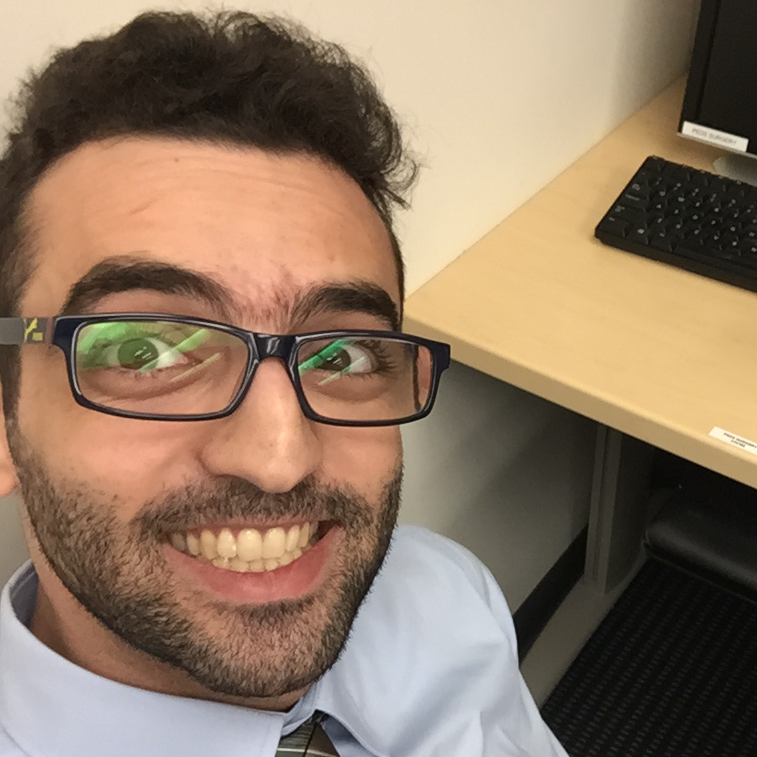 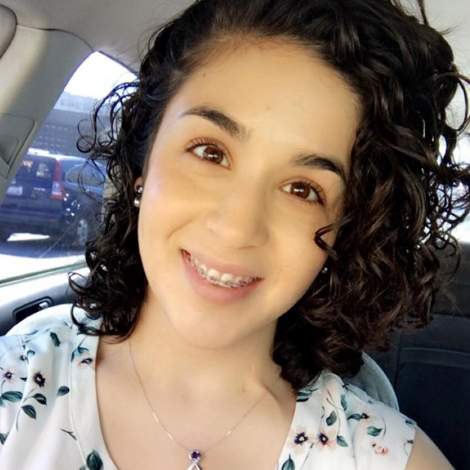 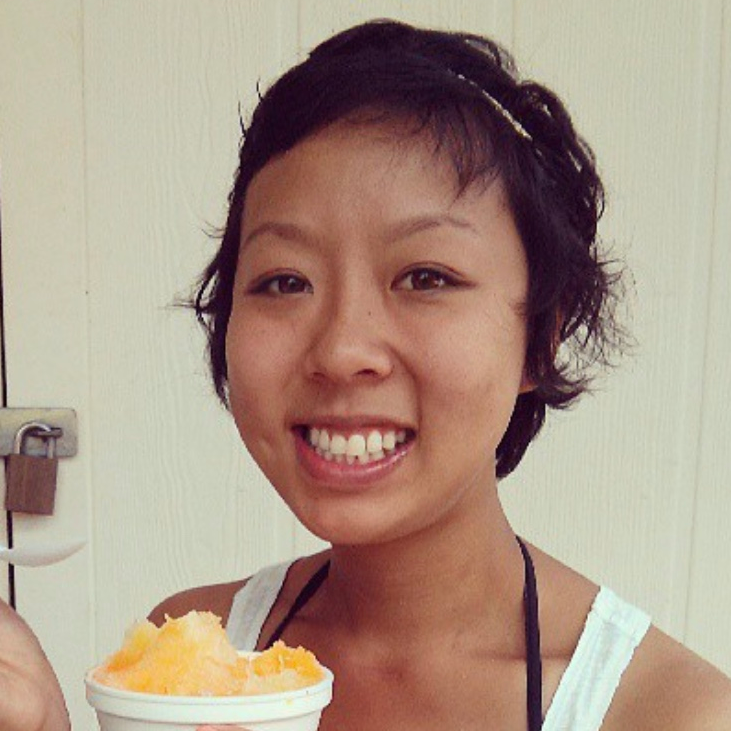 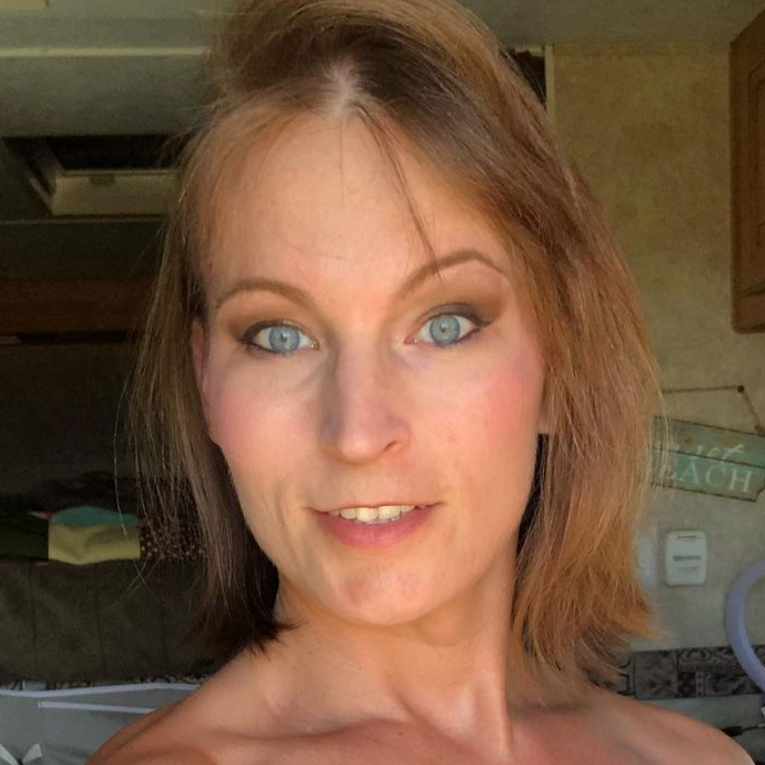 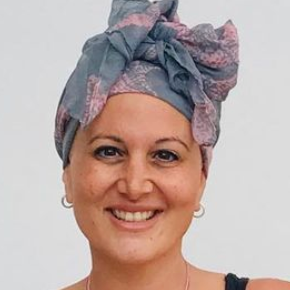 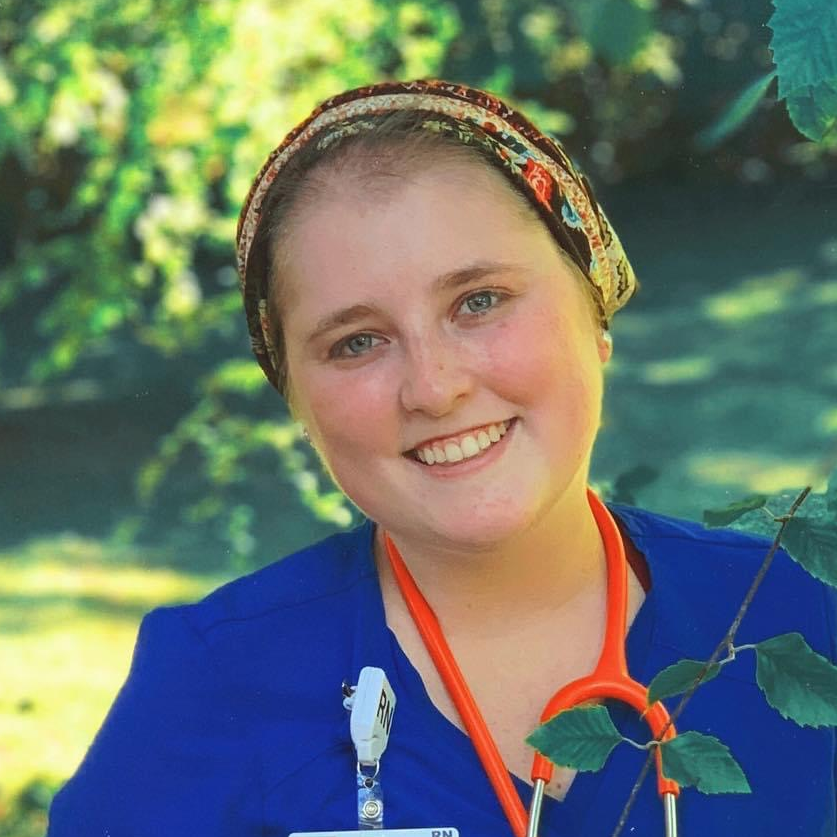 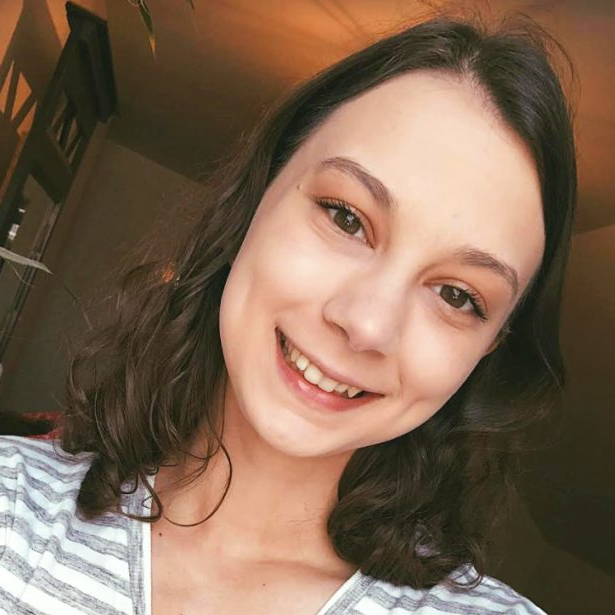 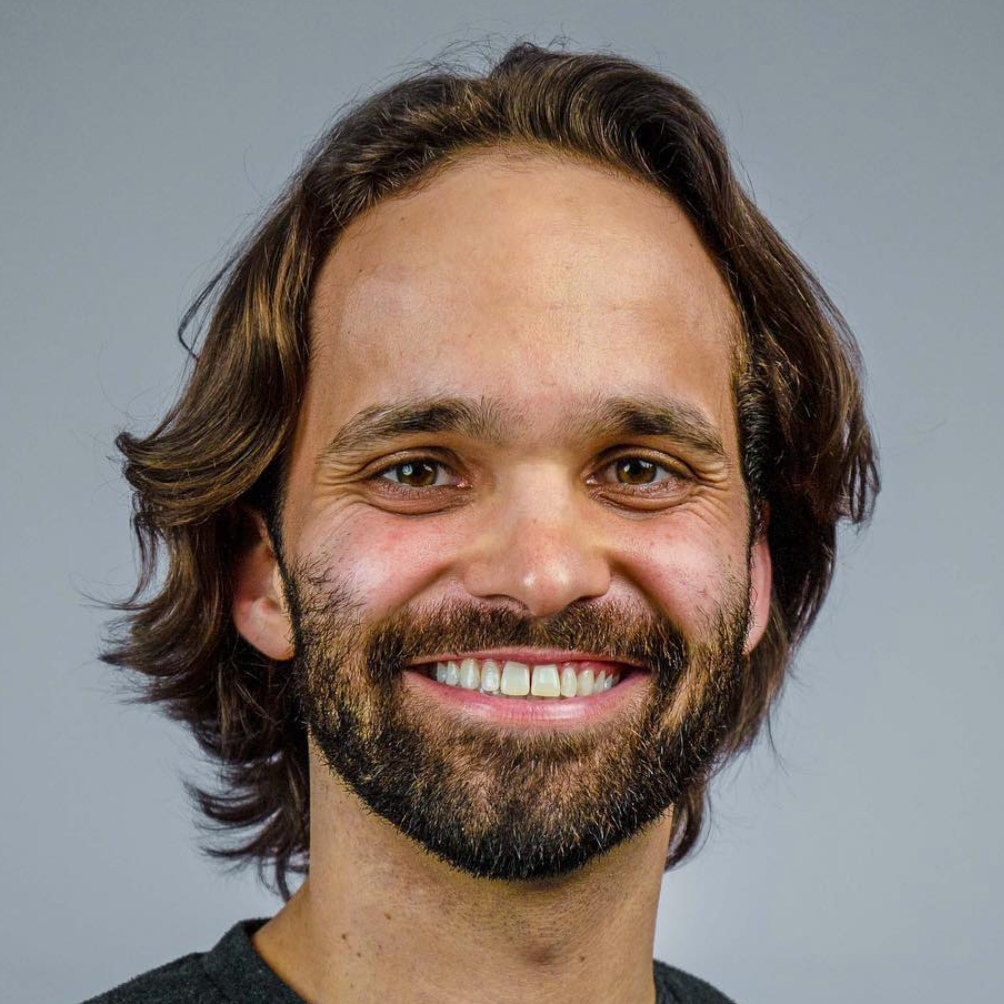 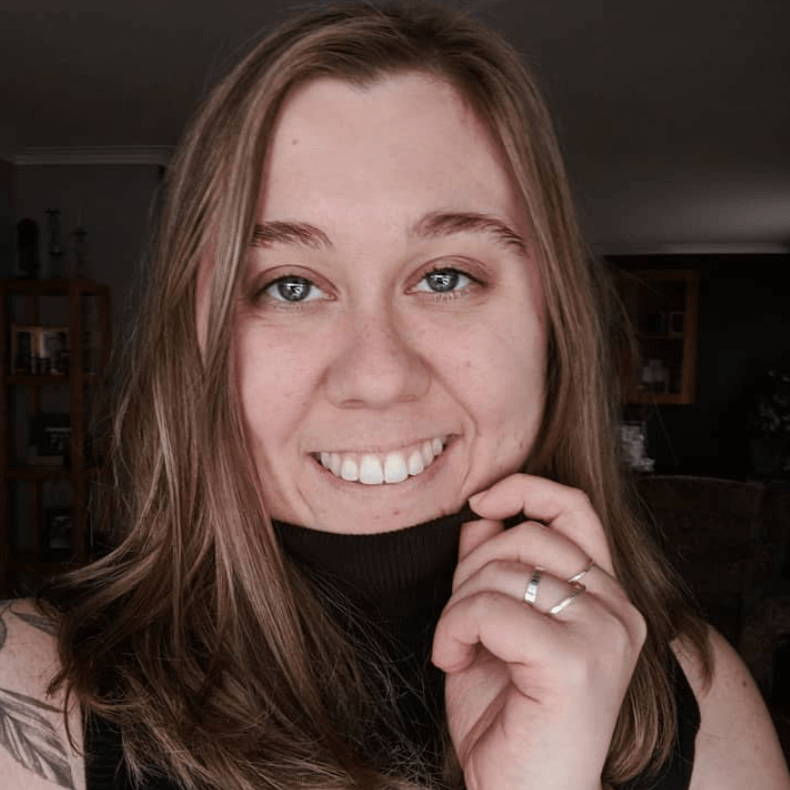 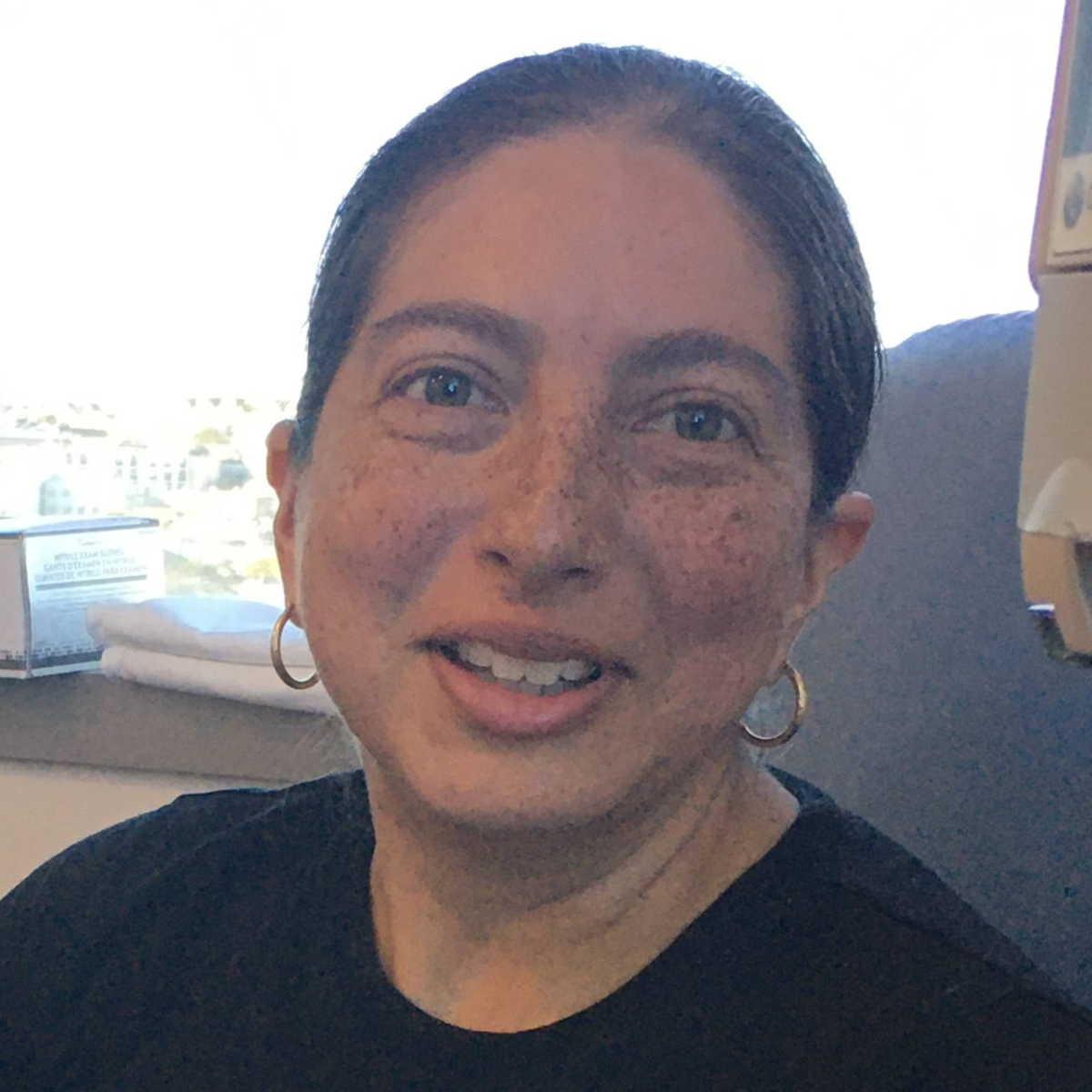 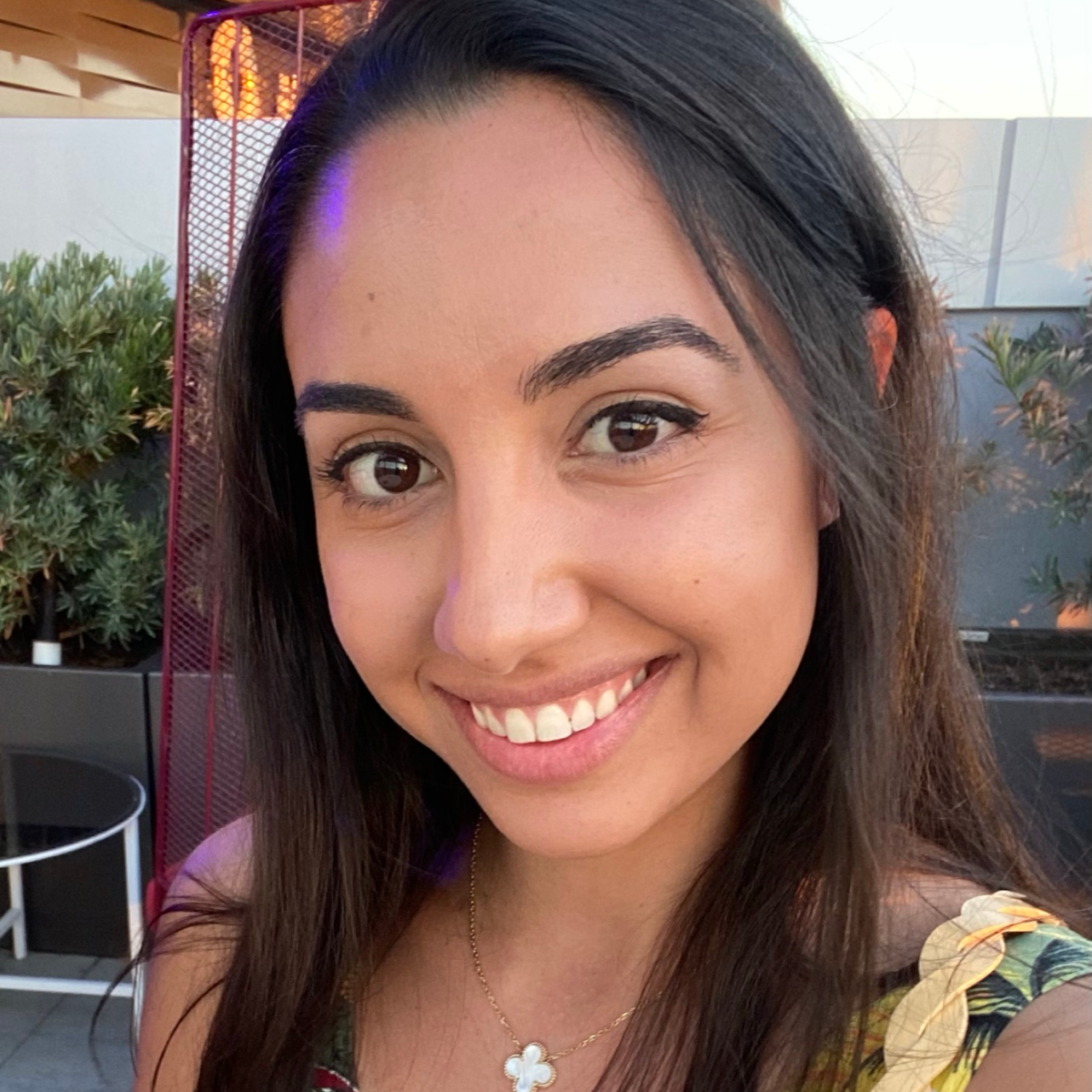 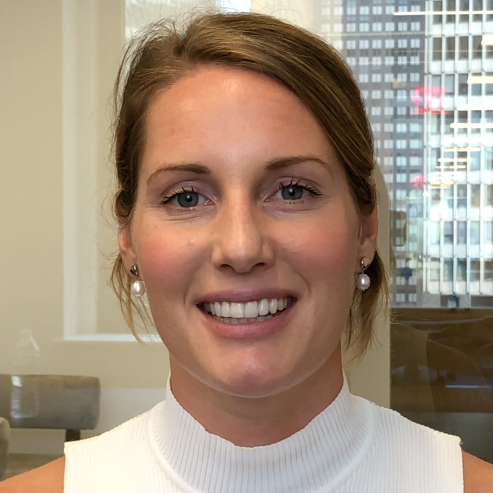 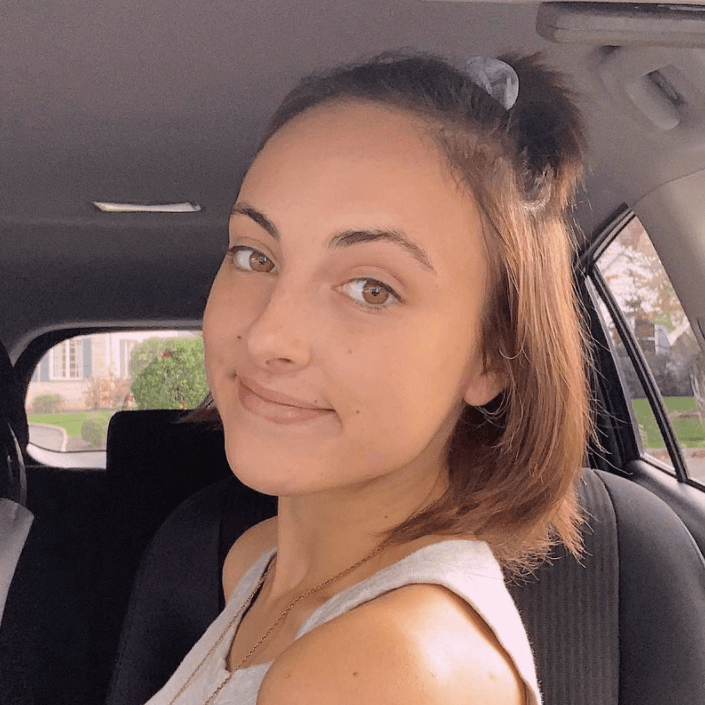 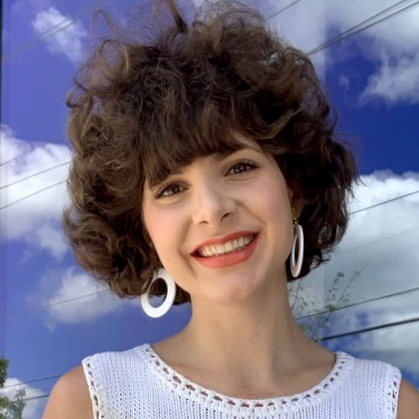