Keytruda (pembrolizumab) is an immunotherapy used in the treatment of various types of cancer including Hodgkin lymphoma, head and neck cancer, lung cancer, melanoma, and stomach cancer. Immunotherapy is a class of treatments that use humanized antibodies to fight cancer.

How Is Keytruda Administered?

Pembrolizumab is given to patients intravenously, also known as an IV, often as a series of treatments with a few weeks between each infusion.

The dose and time between treatments will vary according to an oncologist’s recommendation for the specific type and aggressiveness of cancer.

What Are the Keytruda Side Effects?

First and foremost, always consult with your healthcare provider and/or pharmacist when dealing with side effects. Keytruda’s manufacturer reports some of the more common side effects include, but are not limited to the following.

Keytruda Side Effects When Used Alone in Children

Common Keytruda Side Effects in Combo with Chemo

Common Keytruda Side Effects When Given with Axitinib

If an oncologist or other healthcare provider has recommended Keytruda immunotherapy for you or a loved one, you may wonder about Keytruda cost, Keytruda treatment duration, and more. Here’s what a patient had to share about her pembrolizumab treatment experience:

“The immunotherapy treatment that I ended up getting and am still getting is called Pembrolizumab. Keytruda is the more common name that you will hear so I’ll just use that as we’re talking.

He said there’s three ways I can get access. One is clinical trials. Two is the insurance company would pay for it, even though it wasn’t approved. And third, we could pay. It’s like $20,000 plus, per treatment. It’s an every three week treatment so paying ourselves wasn’t a great option.

Basically he said, ‘We have a young woman here who doesn’t have any other options and she’s running out of time.’ Essentially those were the words that he used so it was really shocking, sitting there and hearing those words, but I am appreciative that he put in another plea to the insurance company.

A couple of weeks after that, I was in the infusion center getting chemotherapy that wasn’t working, but everyone felt we had to do something. And he came running up to the infusion center and said that he talked to a doctor at the insurance company after-hours and they agreed to fund six treatments. It was really exciting. That was early June, about three years ago.

Then I switched over to the immunotherapy treatment and I had my first scans about three months into that and they showed improvement. At that point, my oncologist said he thought I would live years instead of months. It was really amazing to get that news.

Three months after that, I had scans again and it showed the cancer was in remission at that point. Most of the tumors were gone. There’s a couple of things here and there but, for the most part it’s gone.

I get a letter every six treatments and it says we’ll cover 6 more treatments. Fortunately, insurance has been covering it.I think my doctor thought as soon as they could see it worked that they would kind of have to cover it at that point.” 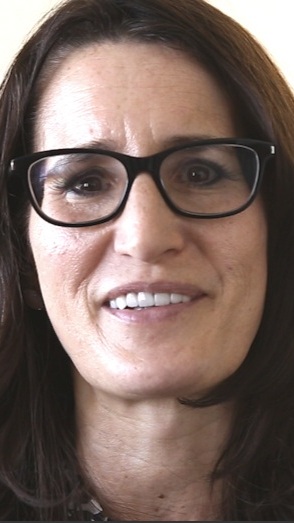